40 per cent of world primary energy consumption are used for the operation of buildings. To reduce energy consumption sustainable, a responsible behavior of the users is required besides a good insulation and a modern building technology. It is therefore useful that the students of the Masdar Institute have their energy consumption at a glance. Every apartment is equipped with a touch panel amena70-XS (successor: amena7-XS) by TCI.
Despite oil and gas wealth, energy efficiency is also an issue in the Persian Gulf. Although fossil fuels are currently not limited, the climate changes due to global CO2 emissions provide for a rethink. A high reduction potential is suspected at heating, ventilation, air conditioning and lighting of buildings. While in our Central European latitudes the heating has the highest share of consumption, in the desert states air conditioning and cooling are associated with a high expenditure of energy.
Here starts the concept of Masdar City. In the United Arab Emirates, 30 km east of Abu Dhabi, the Masdar Institute of science and technology is established as a breeding ground for Masdar City. Up to now, the research and Institute building with library and four apartment buildings are completed. The university devotes itself to the topics of sustainability, alternative energy and environmental technologies. Masdar City is planned as a CO2-neutral city of science for about 50,000 people and will consume 75% less energy than others in the desert state currently.

To sensitize the users of buildings to the expenditure of energy, the consumption data of each individual consuming point must be recorded in detail and visualized promptly. Each of the 221 apartments for students is equipped with a 7-inch touch panel amena70-XS. The residents see the current consumption values of hot and cold water, as well as the use of chilled water and spent electricity on a single display. As the full throttle driving in the left lane can be read on the car's on-board computer, the touch panels directly visualize the intensive use of a resource. In addition, the built-in intercom functionality allows the communication between the apartments and the central office.

The touch panels base on a low-cost ARM7 system. A classic operating system has been omitted. The MicroBrowser is adapted directly to the hardware. The combination of high-performance Web technology with energy-saving low-cost hardware ensures reduced system and operating costs compared to conventional solutions. The robust system design without fan and hard drive allows uninterrupted continuous operation. The maximum power consumption is 4.8 watts. An optional power supply via PoE (Power over Ethernet) is possible. The initial operation or the replacement of the touch panel is rather simple. Only the IP address of the web server and the initial page of the visualization are configured – that's it.
The building automation of the apartment houses bases on BACnet. The building control system is coupled via a standard OPC connection with the SpiderControl Web server. On the server there are visualization data for each apartment in the form of a separate Web page. The touch panels in the apartments are connected to the Web server via Ethernet. To reduce the communication load, the visualization page is transferred once at startup and then the current values as soon as they change. The sites themselves were created with the Spider Control Editor. The use of worldwide standards as Ethernet, Web and OPC technology the operator keeps simple expansion capabilities open for the future. Even the replacement of the building control is possible without any changes of the visualization.

Building and courtyard of the Masdar Institute of Science and Technology in Masdar City, Abu Dhabi. 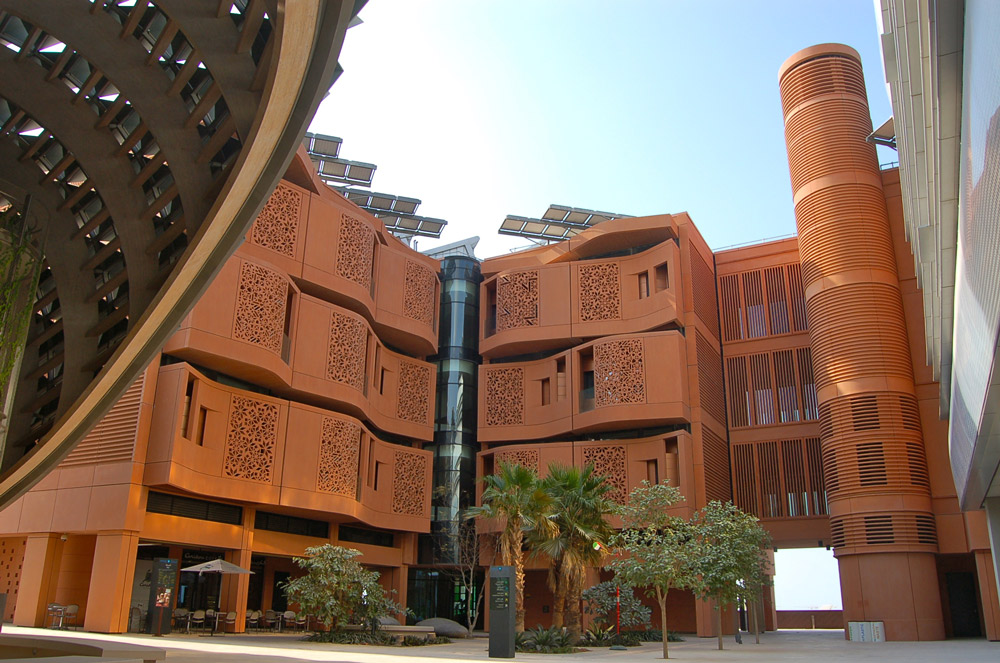 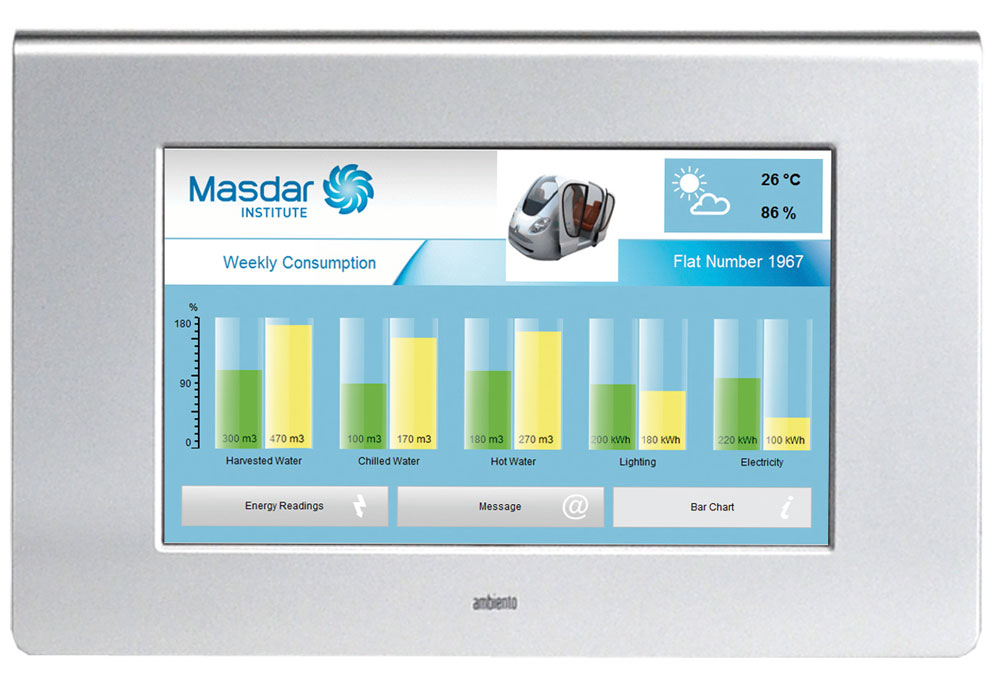 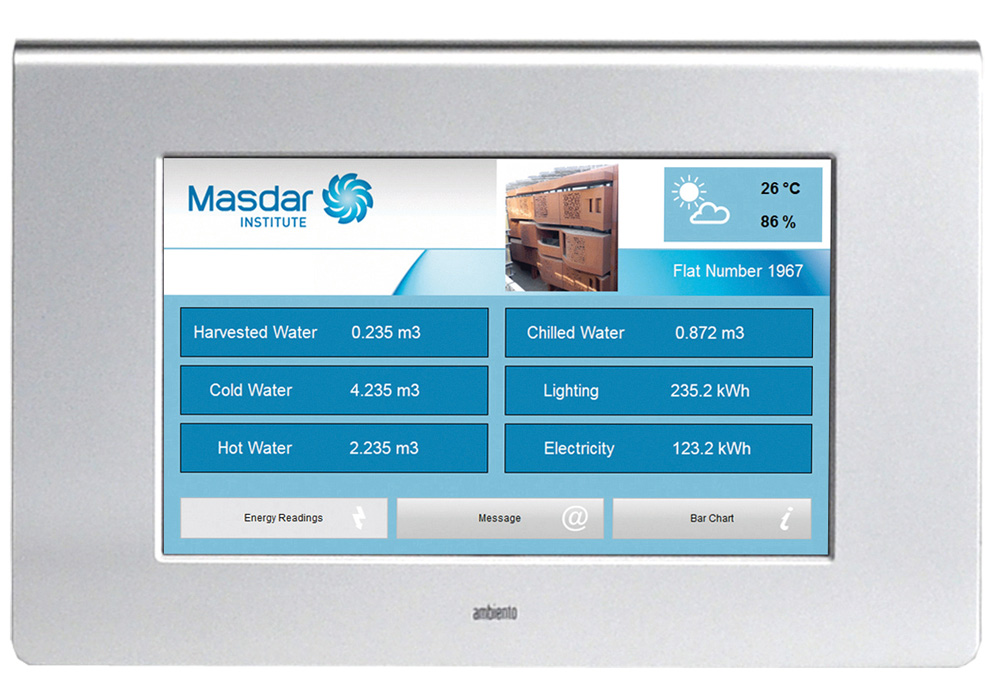 Important Features for Our Customer: